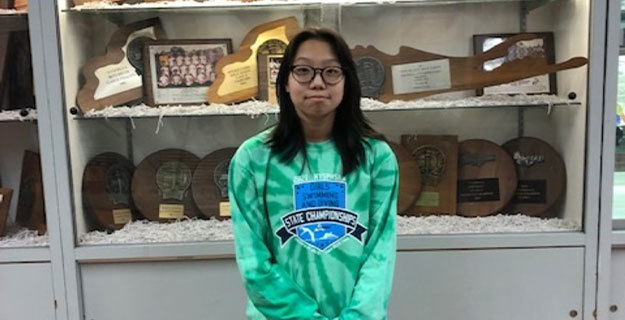 From the start of the season, W.T. Clarke High School sophomore April Chun has been a great asset to the team.

She’s been a great help to her coaches and fellow swimmates by demonstrating leadership and guidance. April began her successful season by qualifying for counties during their first meet against Freeport. As the season progressed, April qualified for the New York State Meet in three events; the 200 Individual Medley, the 500 Freestyle and the 100 Breaststroke. This will be April’s third NYS Meet.

April had a successful Divisions Meet on Oct. 27. She is ranked as the top swimmer in Nassau County in the 500 Freestyle and the third best in the state.

“It has been an absolute pleasure watching April grow as a swimmer and as a young adult,” said Nicole Agostinacchio, April’s swimming coach. “She has such confidence and determination and really is something else watching her swim.” 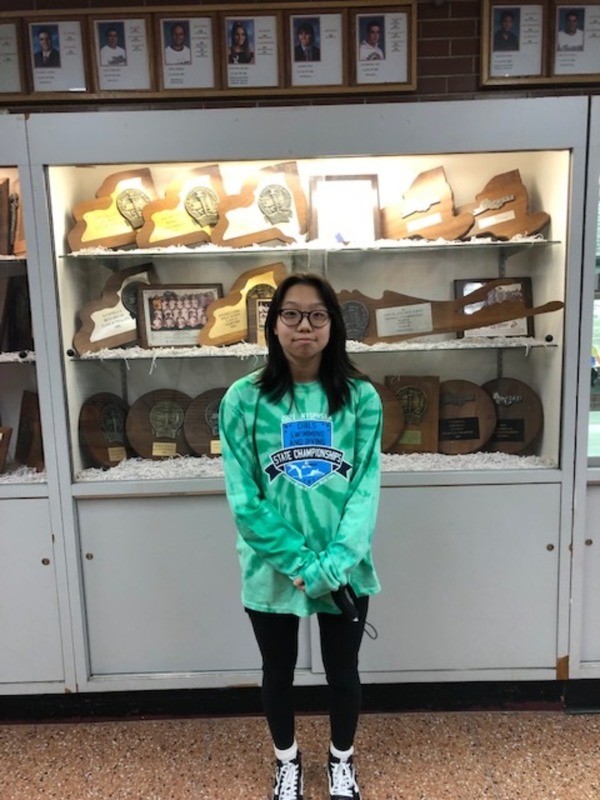